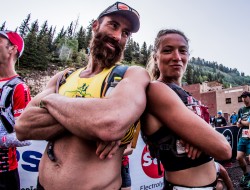 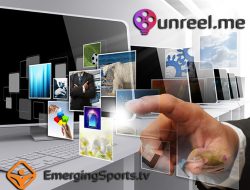 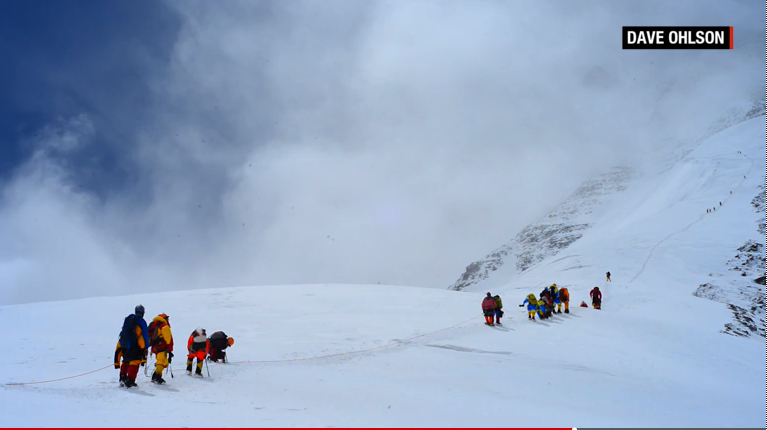 (24 May 2016)–This time of year is peak season for climbing Mount Everest (pun totally intended).  The planet’s highest mountain at 29,029 feet above sea level in the Himalayas, has become more accessible to climbers over the years, with nearly 500 people recently backed-up on the mountain and over 150 of them with permits from Nepal to attempt to reach the summit.  This includes three athletes from Colorado!  So while this increased popularity of ascending Mount Everest is drawing more-and-more adventurers to this mountain, it certainly does not mean that the trek has lost its lethality.

With the deaths of four climbers just in the last week summoning a renewed debate on whether the practice should be banned, the summiting of Everest by Cory Richards  just yesterday comes at a bitter-sweet moment in his career.  Throughout his ascent, Richards has been joined by climbing partner and fellow journalist, Adrian Bellinger, who was forced to turn back less than a half-mile from the peak due to frigid temperatures and diminishing safety conditions.

And while this year’s cohort to reach the summit was the first to stake claim to Nepal’s majestic mountain in two years, new 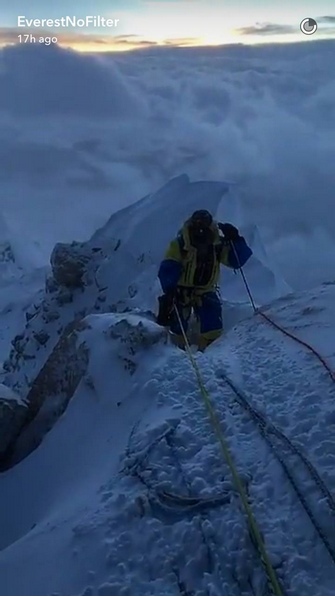 ground has been broken with the advent of Richards and Bellinger Snapchatting their way to the top.  The experienced adventurers’ recent interview on the CNBC business network revealed two great truths that are now welling up in the emerging sports and media industries…

Like so many of the emerging sports that we cover, mainstream folks are often left shaking their heads asking, “Why in the world…?”  Yet, as corporations begin to support these super-human endeavors, and creative small media efforts give our sports a leg up into the saddle of more widely distributed mainstream media, we believe that this “3rd Wave of Sports Broadcasting” is just counting the hours between the increased awareness of these sports we are now seeing trickle throughout larger communities and the moment when more and more kids come home after school and say, “Mommy and Daddy–I want to climb Mount Everest when I get older!”