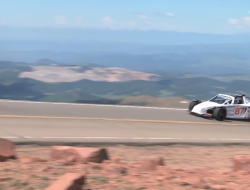 Race to the Clouds Looks Back, Moves Ahead with... 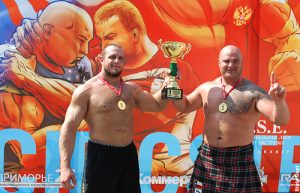 Moscow, Russia (17 June 2016)—The response from the Russian Ministry of Sport was unusually swift and powerful today after the International Association of Athletics Federations upheld a previous ban on the Russian track and field team from this year’s summer Olympic games in Rio.

“Wada you mean our Russian athletes are banned from the Brazilian games?” an unnamed, faceless source from the Ministry of Sport announced after the ruling to ban the Russians was upheld at an IAAF Council meeting earlier today. “We find it impossible to understand that, in a place where there are more butt-lifts and botox, our athletes would not be able to compete on the world stage this summer. But we h 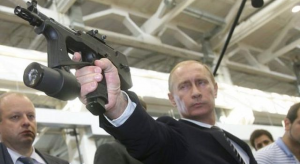 After an emergency session was quietly orchestrated by the Russian Ministry of Sport immediately after the IAAF decision, President Vladimir Putin’s proposal to host a global competition this summer in the resort town of Sochi was unanimously accepted by the committee. And in a move perhaps designed to include Putin himself as a competitor in the rifle shooting, equestrian, and judo events, the Ministry of Sport has waived any restrictions on performance-enhancing drugs for these particular 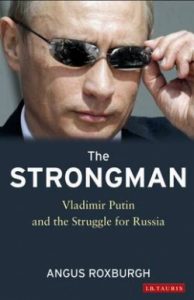 “It is a great relief that President Putin’s impressive leadership will allow us to host the PED games in Sochi in August,” beamed Mikhail Buttoff, Secretary General of All-Russian Athletics. “Such quick thinking by our dear leader will allow our athletes and coaches to maintain their current training regime without the significant disruptions and inconveniences we would have encountered at the Rio games.”

The summer resort of Sochi, Russia will once again play host to what is expected to be a huge and aggressive turnout by athletes from around the world. 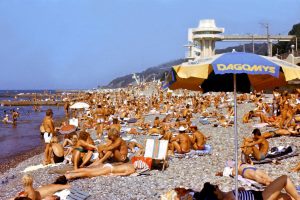 “We can now take true advantage of the 3.8 trillion ruble investment we made two years ago during the Winter Olympics. It’s just a matter of getting our overbuilt stadiums and infrastructure in Sochi out of the mothballs,” President Putin shared proudly in a hastily organized press conference outside his personal training facility near Moscow. “And while we are concerned that raising of the high-jump and pole vaulting bars an extra two-feet may require some additional payoffs, we are pleased there is no need for transporting additional snow into Sochi by trains or trucks this time around.” 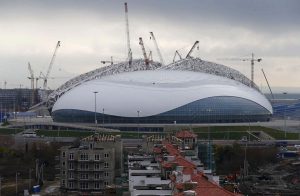 Event organizers are already mobilized.  The installation of an increased number of urinals expected to be required for the athletes at this event has begun. Javelin, hammer, and shot putt fields are also being lengthened to accommodate what is expected to be incredible performances by all the athletes in attendance.

“Our sports programs have always been interested in pushing the limits of human performance,” explained the nameless, faceless official from the ministry. “We fully expect our athletes to re-capture the world records we lost in a number of events during the ‘lean years’ of our programs. I guess we are going to find out what those limits are this summer in Sochi,” the official concluded.

In a magnanimous show of sportsmanship and fairness, Russian officials tell us that all the horses in the equestrian events will be monitored closely for any unusual substances in their bloodstream, so as not to gain any unfair advantage.

Early reports suggest Donald Trump will act as honorary co-chair with Putin at this summers’ PED games in Sochi, though Trump did not respond to our tweet for a comment.

[ERRATUM: The All-Russian Athletic Federation Secretary General is Mikhail Butov, not Buttoff as mispelled above.  The pronunciation is the same, however.]